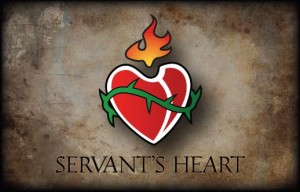 *This is an article for 7Day Youth by Daniel Lovelace.  Check them out and “like” them here.

I read through Matthew 20 today as part of my New Testament reading plan today.  God spoke to me through it in a few ways and I thought I’d share with you guys.  Read or listen to Matthew 20 here.

Matthew starts the chapter with the parable of the vineyard workers.  What spoke to me is that God has given us all grace, none of us deserved it, and yet He calls us all to some amount of work after that (yet not to earn it) as well.  Some of us may work a longer time, or seemingly harder here on earth, but God’s grace and gift of eternal life is the same.

I sometimes think and complain to myself, “Man! I’ve done A,B,C, and D for Jesus. Why am I being bothered by X,Y and Z?  Brother G isn’t being bothered and he hasn’t done C or D.  Man! #42 isn’t facing that at all and he’s not even a Christian!”

The truth is that after God has lovingly called us into eternal relationship with Himself; He then calls us to serve Him in different ways. Some seemingly harder at times, some seemingly easier.

Yet who are we to say that He is unfair by allowing us to face hardship?  He is not unfair.  It is He who owns the amazing blessing to begin with.  It is He who graciously gives it to those He chooses.  And it’s Him who calls us to different roles in His Body as only He knows best.

Then I kept reading.  And I came down to verses 25-28.  I’ve read and heard these many times before.  But they especially nailed me and my pride this time:

“But Jesus called them to him and said, “You know that the rulers of the Gentiles lord it over them, and their great ones exercise authority over them. It shall not be so among you. But whoever would be great among you must be your servant, and whoever would be first among you must be your slave, even as the Son of Man came not to be served but to serve, and to give his life as a ransom for many.”

When I read that, God reminded me of how I’ve been viewing myself lately: with a “others serve me” attitude.  This is where I was looking at how others aren’t helping me and how I’m bothered by it.  When I tell myself that my service to others isn’t helping me in return, I get discouraged and want to stop but the memories of different occurrences kept coming.

I realized I wasn’t viewing myself as Jesus commands, as a servant, but as the “Gentiles” or the world pridefully does, other people serving us because we deserve it.

I wasn’t viewing myself as a humble servant who doesn’t deserve anything.   I wasn’t thinking of myself as one who was given amazing grace and is now called to share that with others.  Instead, I’m viewing myself as one of those grumbling hired servants who says, “Master… you haven’t paid me enough to do this job, so I don’t want to do it.”

Father, forgive me for my pride.  Transform me to reflect Your humble heart and love those around me better as I serve them just as You came to serve me, though undeserving, and gave Your life as a ransom for me.